When Wire Was King: ​The Transformation of Telecommunications 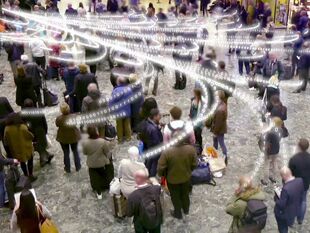 When Wire Was King is a feature-length documentary that puts the telecommunications revolution into historical context. Commerce, technology, entertainment, travel, health, and all societal interaction are now so dependent on secure and reliable telecommunications that, if the plug were pulled, our nation and world would likely collapse. As our digital world grows increasingly complex, it’s critically important for Americans to understand what drives, threatens, and governs the technology on which we all depend.

When Wire Was King explores three interconnected themes – innovation, competition, and regulation – and the shifting balance among the three that sparked the telecommunications revolution, beginning in the early 1970s. Regulatory reform and market opening defined the era, but nowhere did these milestones - and the end of the monopoly era – have more impact than in the area of telecommunications. The liberalization of regulations and opening of the telecommunications market covering satellite, cable, wireless, and telephony led to an explosion of innovation that brought us the Internet and wireless. When Wire Was King is a visual journey through our telecommunications history, using archival photos, footage, newscasts, advertising, and entertainment clips to transport viewers. The film captures the story of this revolution through the voices of key players still with us today – innovators, economists, policy makers, industry executives, and Congressional leaders.

How these individuals responded to the challenges of that time can inform us as we confront the challenges of today, particularly the growth of the social media giants and the growing telecommunications conglomerates. Finding the right balance between innovation and regulation has never been more important. The outcome will shape the future of how communications is provided across the globe.